Bub-Lea is a Happy Mermaid released in January 2019 as a part of Happy Places Season Six.

In the same month, a Lil' Secrets version of her was released with the Bubbling Beauty Day Spa Secret Lock as a part of Lil' Secrets Season Two.

Bub-Lea has light tan skin and pale blue eyes with bubble markings both in them and along the bottom. Her lips are pale pink, and her pale blue hair is made up of several spheres of hair resembling bubbles, some of which are translucent. She wears a light blue top with a border made from tiny white bubbles, and at the center is a single, lilac sphere. Her tail's scales are translucent blue with a bubble waistband. 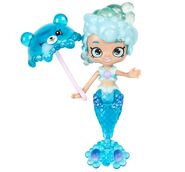 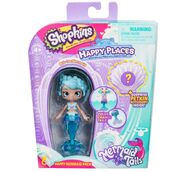 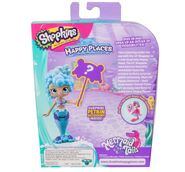 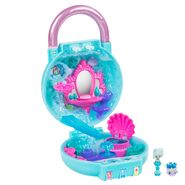 Bubbling Beauty Day Spa with Bub-Lea boxed
Add a photo to this gallery
Retrieved from "https://shopkins.fandom.com/wiki/Bub-Lea?oldid=120125"
Community content is available under CC-BY-SA unless otherwise noted.