Candy Cookie: A guy with more than one sweet spot. Cooking is dandy when you use lots of candy!

Candy Cookie is a brown chocolate cookie with chocolate chips. He wears yellow glasses and is holding one of his chips.

His variant is a yellow chocolate chip cookie with pink glasses and is holding one of his chips.

For Season Ten, he was released as his Season Three variant but with yellow glasses. 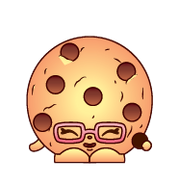 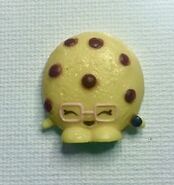 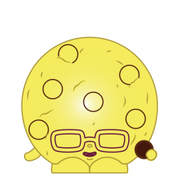 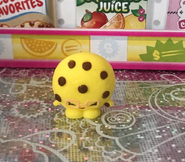