Shopkins Wiki
Register
Don't have an account?
Sign In
Advertisement
in: Shopkins, Bakery, Season One,
and 8 more

Creamy Bun-Bun is a yellow eclair with pink filling and white creme.

Her variant is a brown eclair with yellow filling and purple creme.

A white version of her with brown filling and yellow creme is included in the Vending Machine Storage Tin alongside Nutty Butter.

There is also an exclusive variant of her from the Mystery Edition #3 pack. This variant features her as a yellow eclair with white filling and white cream. She is holding a dollop of cream in her right hand. She is lightly coated with glitter.

For Season Ten, she is her Season One version, but the yellow is a bit brighter. 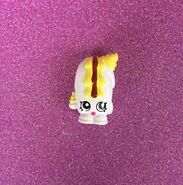 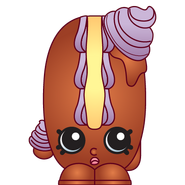 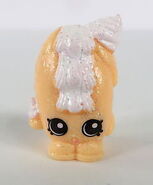 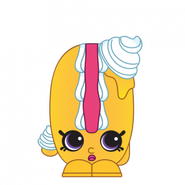