Shopkins Wiki
Register
Don't have an account?
Sign In
Advertisement
in: Shopkins, Season One, Limited Edition,
and 11 more

Metallic
Cupcake Queen is a Limited Edition Shopkin who was originally released in Season One. There are only 100 of this variant produced. In Season Nine, she was released as a rare Shopkin from the Color Change Cuties Tribe.

Cupcake Queen: Super sweet and a keeper of the peace!

A crown of frosting

Cupcake Queen is a metallic golden cupcake with white frosting and pink sprinkles. She wears a golden crown and golden bow on her head. In her hand she holds a pink scepter with a pink apple on top.

In her static artwork, she is depicted as having pink eyes (purple in the Shopkins Cartoon), blue frosting with both pink and yellow sprinkles, and a fully golden scepter.

In Season Nine, she was re-released with a Wild Style look. This variant makes her a light yellow cupcake with light blue icing that has dark blue spots. She wears a dark pink bow and a yellow tiara with a paw print on it. She has a yellow scepter in her hand. When dipped in hot water, some of the spots on her icing turn light pink. 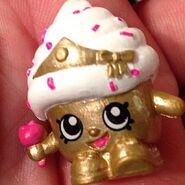 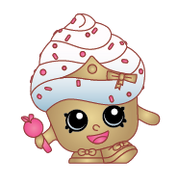 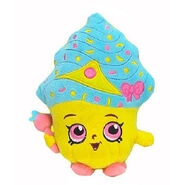 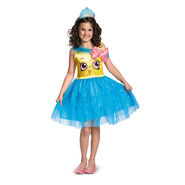 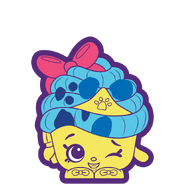 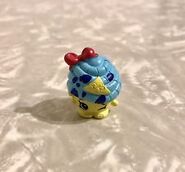 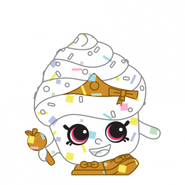