Start a Wiki
The Shopkins Five Packs are the third smallest Shopkins packs released. They each contain five Shopkins, five shopping bags, and a Shopkins Collector's Guide. In Season Nine, they were discontinued.

Kick-start your Shopkins™ collection with the 5 Pack. Includes 5 Characters and 5 shopping bags for you to store your Shopkins™ in! Collect them all!

A Season One Five Pack 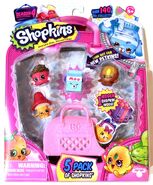 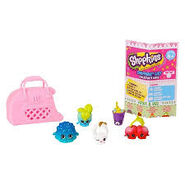 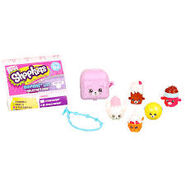 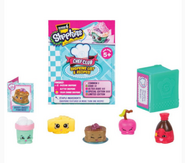 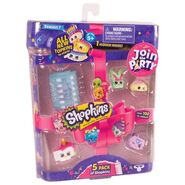 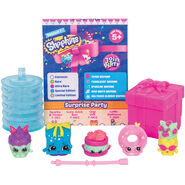 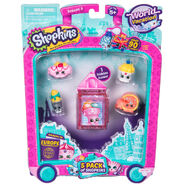 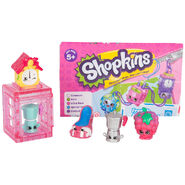 Season Eight five pack unboxed
Add a photo to this gallery
Retrieved from "https://shopkins.fandom.com/wiki/Five_Packs?oldid=107119"
Community content is available under CC-BY-SA unless otherwise noted.