Freezy Peazy is a special edition Frozen Shopkin from Season One.

Rapping with my BFFs

Super cool and the best rapper in the pod.

Cheezey B. and Chee Zee

Bad manners. He minds his p's and q's.

Freezy Peazy is a green/blue bag of peas that reads "Peas" in light pink lettering.

His variant is colored green and reads "Peas" in green lettering.

Both colors feature him holding himself as if he's shivering from the cold of the freezer.

There is also an exclusive variant of him from the Mystery Edition #3 pack. This variant features him as a peach bag of peas that reads "Peas" in light green lettering. He is lightly coated with glitter. 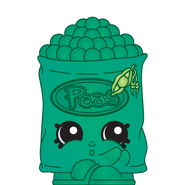 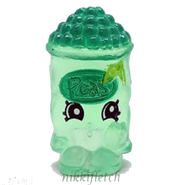 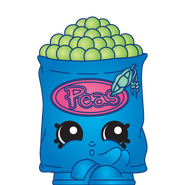 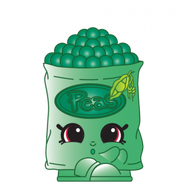