Lippy Lulu is a Shoppie originally released in Happy Places Season One as a Bathing Bunny Lil' Shoppie.

She was released as a regular Shoppie in January 2017 with the playset Lippy Lulu's Beauty Boutique.

In January 2018, she was released again as a part of Wild Style wave one.

A Lil' Secrets version of her was released in August 2018 with the Make Up Salon Secret Lock as a part of Lil' Secrets Season One.

In January 2019, another regular Shoppie version of her was released as part of Lil' Secrets Season Two.

A Shoppie who loves to check out the perfect pout in front of the Bunny bathroom mirror! Bright, glossy and sometimes bossy, she's never without her Petkins - Her take anywhere beauty kit!

Lippy Lulu is a dark-skinned girl with light pink eyes and lips. She has hot pink hair entirely pulled back in a braided ponytail with her straightened bangs left loose. She wears a gold headband with gold pearls and a big bow adorned by a lipstick at the middle. She wears a light gold dress that has a white pearl collar and a lipstick kiss decoration on the side. She is also wearing a pearl bracelet, white tights, and pale pink heels that have lipstick kiss on the toe and a gold bow on the back of the ankle.

Her eyes are pale pink and her lips and cheeks are pink. Her hair is worn the same but her bangs are fuller with short, curving inward forelocks to frame her face, and tinsel strewn through it. Her hair ornament is the same but the pearls are white and she has a red kiss mark on the corner of the bow. She wears a hot pink tank-top with pearl necklace and gold lining the arm holes. A gold band goes down the center to accent her gold pencil skirt with a scalloped peplum and a hot pink kiss mark on the corner. She also wears her original tights and a pair of gold pearl sandals with platform sole and anklets. At the middle are two hot pink straps.

This version of Lippy Lulu has light red cheeks and pink lipstick, and she wears gold eye-shadow. Her wavy hot pink hair is worn loose with a straightened bottom and she has gold tinsel strewn through it. Her gold headband has Pomeranian ears, a pair of lips, and a tube of pale pink lipstick on it. She also has a Pomeranian tail. She wears a pale pink top with a gold ruffled bow and belt that has a hot pink pair of lips at the center, paired with a white skirt covered in lips and a pale pink lace peplum over it. She wears gold shoes with a Pomeranian face at the toe and multiple anklets, a single bow on the corner, and a single gold bangle.

Lippy Lulu has pale pink blush and lipstick to match her eyes, and she wears her normal gold eye-shadow to accent her feather eye mask, which has curled lines, lips, and a heart at the middle for decoration. Her long hair is worn in a ponytail with a pale pink ombre, held by two braids shaped like a bow. Her bangs are split down at the middle and held back. She wears a pink headband with a winged heart accent by a gold arrow that has a heart, bow, and lip decorating it. She wears a white sleeveless dress with a hot pink pair of lips on each shoulder and a gold ribbon at the middle to match her waistband. Her skirt has a pink gradient and is covered in hot pink hearts, and she wears fuchsia shoes with a wing attached to her ankle straps. On her back are gold and pale pink angel wings. 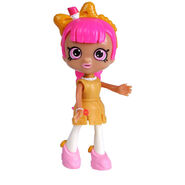 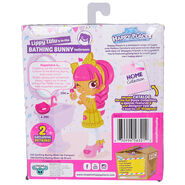 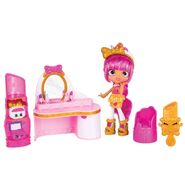 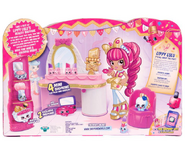 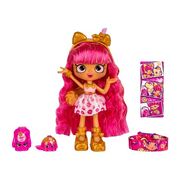 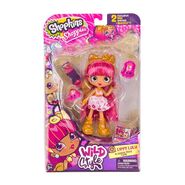 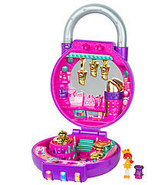 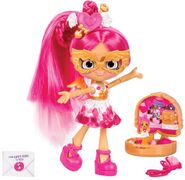 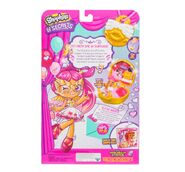