Sadie Soccerball is a common Sport Shopkin from Season Five.

Sadie Soccerball: A Shopkin who gets her kicks running around and staying fit! She always has a goal that she wants to achieve!

Sadie Soccerball is a black and white soccer ball with a green grass stain.

Her variant is a purple and pink soccer ball with a yellow stain of sorts.

There is an exclusive variant of her included in the Super Shopper Packs. This variant is a teal and pink soccer ball.

There are two exclusive variants of her from the Season Five Christmas Blind Baubles. The first variant features her as a white fading to blue soccer ball.

The second variant features her as a red and green soccer ball. 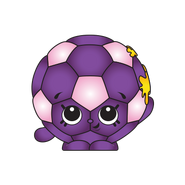 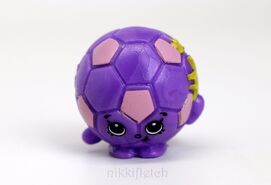 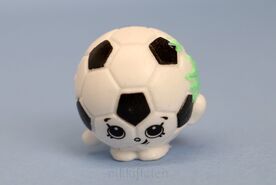 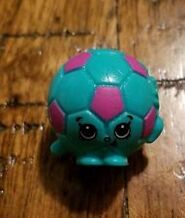 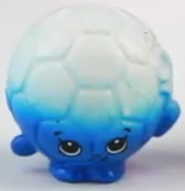 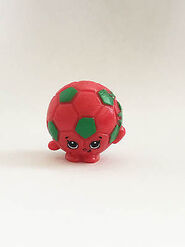 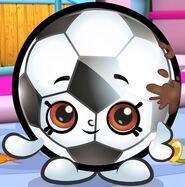 Cartoon Sadie Soccerball
Add a photo to this gallery
Retrieved from "https://shopkins.fandom.com/wiki/Sadie_Soccerball?oldid=120869"
Community content is available under CC-BY-SA unless otherwise noted.