The special edition Shopkins of this season are the new bag charms which depict various landmarks and the ultra rares for Wave One are the Spanish Stopover Shopkins, with a glitter finish. The blind baskets resemble a mini apartment with windows in which you can fit the Shopkins inside. They come in two colors, blue and purple, and are stackable, with the ones in larger packs having rooftops and balconies.

For Wave Two, the special editions and limited editions are the same. The ultra rare Shopkins are part of the Into India team, and they have a shimmer finish. For the blind packs, however, the colors of the mini apartments are pink and orange, and some of the 5-packs do not come with roofs.

For Wave Three, the ultra rare Shopkins are the Gleamtastic Holidays Shopkins. They feature a super glossy finish. They also seem to be made out of a harder material. For the blind packs, the colors of the mini apartments are dark blue and hot pink. 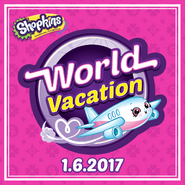 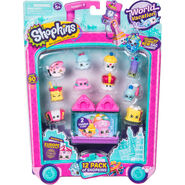 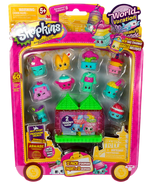