Snow Crush is a special edition Frozen Shopkin from Season One.

Snow Crush is a blue snow cone inside a pink cone. The cone is decorated with a white six-pointed snowflake.

His variant is a green snow cone inside a yellow cone. The cone is decorated with a pink six-pointed snowflake.

There is also an exclusive variant of him from the Mystery Edition #3 pack. This variant features him as a peach snow cone inside a blue cone. The cone is decorated with a blue six-pointed snowflake. 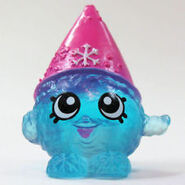 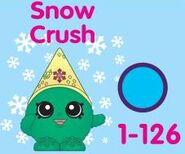 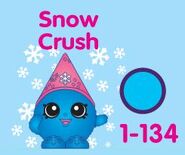 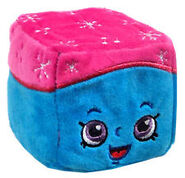 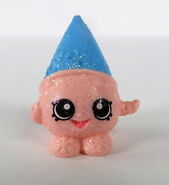 Snow Crush Mystery Edition #3 toy
Add a photo to this gallery
Retrieved from "https://shopkins.fandom.com/wiki/Snow_Crush?oldid=90999"
Community content is available under CC-BY-SA unless otherwise noted.