Shop away with the Shopkins™ 12 Pack! Collect all of the super-cute Shopkins™ characters and you might be lucky enough to find some rare characters too! Includes 12 Shopkins™, 1 shopping basket, 4 shopping bags and a collector's guide. Collect them all! "Once You Shop You Can't Stop!!!"

Twelve-packs are arguably the most common pack to purchase Shopkins in. Every pack includes 10 visible Shopkins and 2 hidden Shopkins, which are usually Ultra-Rare or Special Edition. 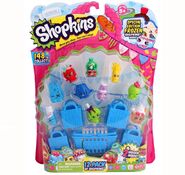 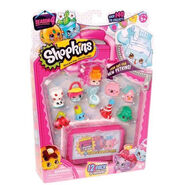 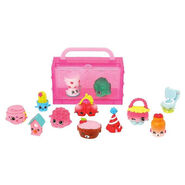 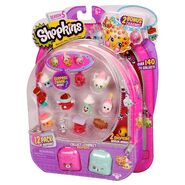 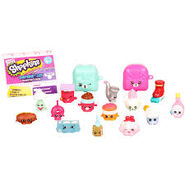 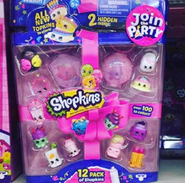 Boxed Season Seven twelve pack
Add a photo to this gallery
Retrieved from "https://shopkins.fandom.com/wiki/Twelve_Packs?oldid=106119"
Community content is available under CC-BY-SA unless otherwise noted.